When Microsoft announced Windows 11, it made some drastic changes to the rigorous system requirements. However, when testing in the Windows Insider program, Microsoft still allows users to install Windows 11 even though the system does not meet the requirements.

If you are using Windows 11 in the Windows Insider program, you will only be allowed to use it until the final version is released. Once it expires, you must roll back to Windows 10 or you will be in an unsupported state, meaning no updates will be received. Microsoft has begun to warn users to return. Upon acceptance to leave the Windows 11 beta, Windows Insider users will be re-entered into the Release Preview for Windows 10 21H2. 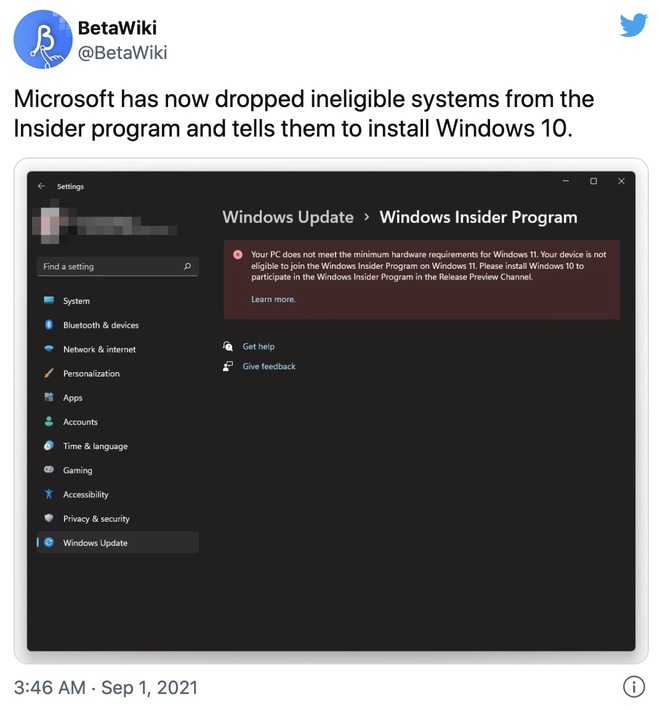 According to Microsoft, data from Windows Insider shows that Windows 11 is currently experiencing the following issues on non-eligible machines:

Unsupported devices get 52% more Blue Screen errors. On the other hand, 99.8% of compatible devices have no problems when experiencing.