The International Space Station (ISS) started operating in 1998. And since 2020, crews from 19 countries have rotated to the space station. At an altitude of more than 400 km, the ISS operates in what is known as Low Earth Orbit (LEO).

The station has a laboratory for long-term microgravity studies. This research has been instrumental in a number of scientific developments including creating more efficient water filtration systems and discovering new approaches to treating diseases such as Alzheimer's and cancer. 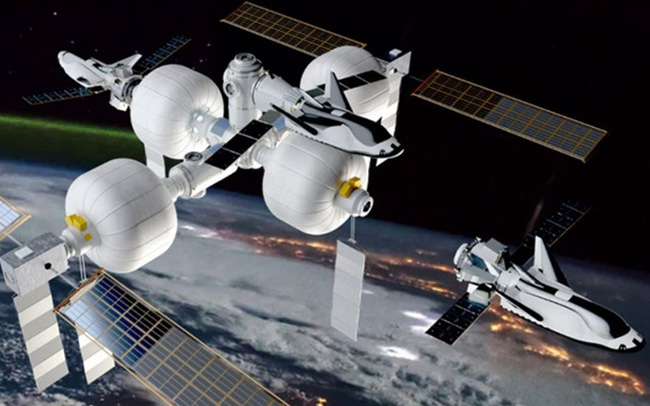 But the ISS has begun to "age". A few years ago, astronauts on the ISS had to try to find the cause of an air leak on the station. According to Laura Forczyk, founder of the consulting firm Astralytical space projects, the leak is not a serious problem, but it shows that the International Space Station has gradually reached the stage of decommissioning.

"The ISS has been approved to operate at least through December 2024 through our agreements with other satellites," said Angela Hart, manager of the Office of Commercial Low Earth Orbiter Programs at NASA. international partners". And she points out, the ISS will have to end its life at a certain point.

However, NASA likely won't build the next space station. Instead, the agency will depend on technology from outside companies. Several companies like Sierra Space in Colorado and Axiom Space based in Houston are working on building their own commercial space stations.

The future of the ISS

Over the past few years, NASA has become increasingly reliant on outside companies to complete tasks that were originally reserved for government agencies.

Under the Commercial Resupply Services (CRS) Program, NASA has contracted SpaceX and Northrop Grumman to conduct a cargo resupply mission to the ISS. In 2020, SpaceX made history when it became the first private company to send astronauts to the ISS under NASA's Commercial Crew Program (CCP). Boeing is also a signatory to the NASA program. However, Boeing had to postpone the launch of Starliner because of some technical problems.

The CRS and CCP programs are largely considered a success for NASA. By 2020, the agency has estimated, thanks to the two programs above, the government has saved about 20-30 billion USD.

Since SpaceX and Boeing designed their own space stations, NASA has added an extra stipend in case something goes wrong with the spacecraft. This demonstrates why Boeing is always striving to be certified to be able to send people into space.

NASA hopes to replicate the success of the CRS and CCP programs with the LEO Commercial Destination (CLD) project. As part of the project, NASA plans to give up to $400 million to invite four companies to develop their own space stations. This will save NASA a lot of money. The International Space Station (ISS) costs $150 billion to build and $4 billion annually to operate.

Developing new markets and technologies is expensive, and it is a priority for the government to implement these new projects. NASA hopes to save costs and move to this privatized model.

Private companies rush to build their own space station

One of the pioneers is Axiom Space, based in Houston, USA. Axiom Space plans to build a space station with 4 modules including a crew area, a production research area and a module with solar panels.

With such a design, Axiom Space's space station can detach and operate independently when the ISS stops working. Axiom is confident it can build the space station for less than the $150 billion that NASA spent building the ISS.

One of the ways Axiom is able to do this is through optimization technology from another industry. The simple technology is similar to the battery technology of electric vehicles. The electronic chip in the iPhone is very similar to the one that Axiom uses. Axiom plans to send the first module to the ISS in 2024, and the fourth module by the end of 2027.

Sierra Space is another company that is also building its own space station. Since 2017, Sierra has designed the space station with clusters of inflatable chambers called LIFE Habitat that can respond to the surface environment of Mars or the Moon, as well as fly freely in orbit.

A model of the Sierra Nevada company's space station is located at the Kennedy Space Center in Florida. The inflatable compartments are about the size of a 3-storey building with bedrooms, laboratories, and restrooms.

Sierra also built the Dream Chaser space shuttle to reduce travel costs. Dream Chaser is responsible for transporting supplies and scientific equipment. This special shuttle will launch straight on the back of the rocket and when finished will land on the runway. Dream Chaser will help save shipping and operating costs. Sierra is expected to launch a commercial space station in 2026 or 2027.
Axiom Space and Sierra Space are both confident that they can complete the space station within the scheduled time. Another space company, Nanoracks, plans to have its own space station by 2024. But instead of building a whole new structure, Nanoracks plans to recycle rockets into research stations.

Other countries also have promising commercial companies. According to analyst Namrata Goswami, China seems to be the winner in this race. In June 2021, China succeeded in sending 3 astronauts to the Tiangong space station. Russia also plans to build its own dance station by 2025.

Serving government clients like NASA can be a springboard for commercial companies. A larger private market is likely to sustain long-term success and the potential to be profitable. NASA will most likely become the user of the service, rather than the owner.
Related Posts: