Diablo 4 project executive and level designers Luis Barriga and Jesse McCree, along with World of Warcraft game designer Jonatha LeCraft, have left Blizzard after years of dedication. Kotaku was the first news site to report this scoop, and Activision Blizzard has acknowledged it.

" We can confirm that Luis Barriga, Jesse McCree and Jonathan LeCraft are no longer with the company, " a company spokesman said. “ We have a team of developers with deep understanding, lots of talent already working, and executives ready to be in the right position. We are confident in our ability to continue to evolve, provide players with great experiences, and continue to look to the future of a safe, productive work environment for everyone . ” 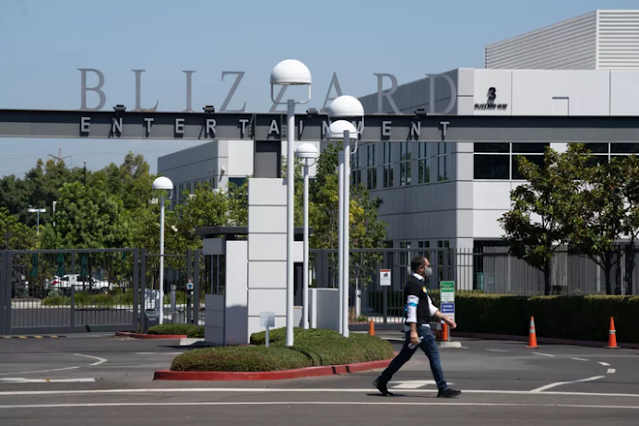 The source did not tell Kotaku why the three core employees left the company, but one can surmise as long as the Activision Blizzard lawsuit is still ongoing. In the past, there have been employees who have committed improper behavior in the workplace and had to leave the company. Blizzard's president also resigned not long ago.

Luis Barriga is the CEO of Diablo 4, and has been at Blizzard for at least 15 years. Previously, Barriga was a mission and game system designer, and one of the many designers who ran the World of Warcraft project. Barriga contributed to the development of major WoW expansions such as Burning Crusade, Wrath of the Lich King, Cataclysm and Warlords of Draenor, and was also involved in the Diablo 3: Reaper of Souls project.

Jesse McCree is the head of level design at Blizzard, and has also worked on Diablo 3 and many of the WoW expansions. McCree has been with the company since December 2005, and his name is also used for the character McCree in Overwatch. In the world of WoW, there are at least 5 characters named after this game designer.

Jonathan LeCraft has also worked at Blizzard since at least 2005, having been involved in most of WoW's projects since the second major expansion The Burning Crusade.
Related Posts: